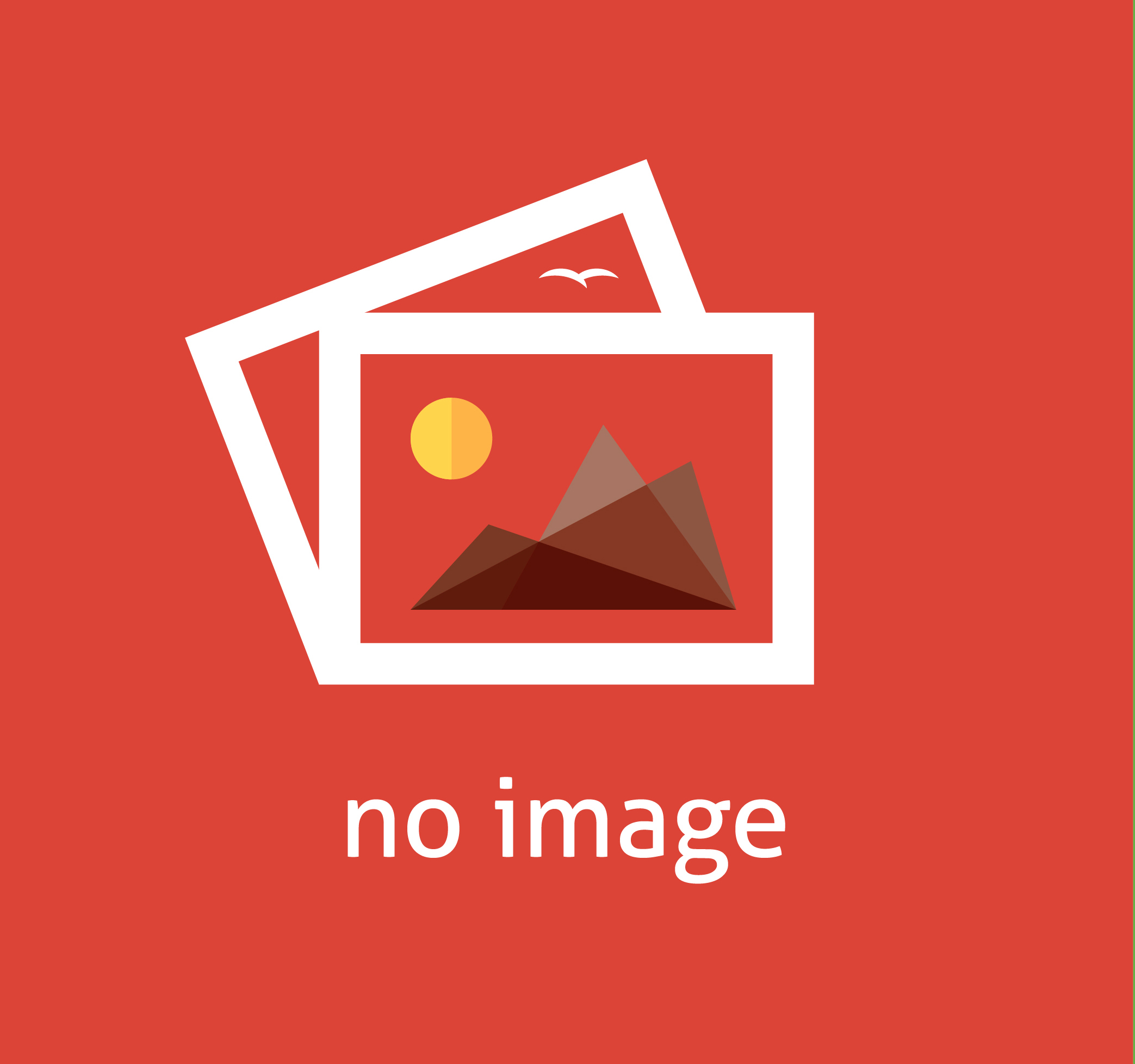 This Prize is honored to carry the name of a great statesman and a dedicated environmentalist. H.H. Sheikh Zayed Bin Sultan Al Nahyan, President of the United Arab Emirates, is the man who dedicated his life to the development of his country and to ensure the wellbeing and prosperity of his people, the Arab Nation, Muslims and humanity at large. He is also a pioneer in his pursue of environmental integrity while promoting planning for the development of the UAE. He started very early (1946) to turn his country green, to control pollution and to conserve wildlife. As such, the Zayed Prize has to be reserved for individuals and organisations that have achievements of such high caliber, in line with the Environment and Development vision and philosophy of H.H. the President of the UAE.

Thanks to the Founder and Patron of the Zayed Prize, General H.H. Sheikh Mohamed Bin Rashid Al Maktoum for being so visionary in setting up this great institution and for entrusting us with the selection of winners.

Two independent committees with representatives from all continents of the world were formed to sort out nominations and select winners. The Technical Advisory Committee sorts out the nominations to exclude those who do not qualify and then select a short list of the best 20. The Jury then select the best three out of the short list as winners of the Zayed Prize.

The TAC met on 16-19 October 2000 at the Jumeirah Beach Hotel and examined over 200 nominations. The TAC members were:

The International Jury met on 26 November 2000 at the Jumeirah Beach Hotel. The following Jury Members were present:

The chairman opened the meeting by welcoming jury members, emphasizing the significance of the Zayed Prize as a thoughtful gesture to indicate the commitment of a leader and a nation to the environment.

A general round of open discussion was held in which the following was emphasized:

The Zayed prize represents the highest valued environmental award in the world. Since it is being awarded for the first time, it is important to establish the high standard and credibility it deserves. Hence, the award should go to truly outstanding organisations or personalities whose value and qualifications for the award would be immediately recognized by the global environmental family and scientific community;

The Jury divided the prize into three categories.

Category I: For eminent international figures with outstanding global achievements and substantial impact on international policy in the field of the environment. The record of and international recognition for the winner will set a standard for future nominations and add credibility to the Prize as the world’s top environmental prize.

Category II: For People or organisations with significant scientific achievements. Again the choice of candidates is to be a signal to the scientific community of the standard of the award and of the fact that Zayed Prize and the UAE do vlaue scientific research and achievements.

Category III: To be awarded for achievements by NGOs and Civil Society Organizations in pioneering, life-long dedication or innovative approaches that have caused significant changes in attitudes, directions or performance of the respective sector or in society at large.

Other considerations that were emphasized included:

Following the open discussion, the Jury discussed the nominations for the three categories, which were suggested by the TAC and the Jury members. After considering the achievements of the nominees on the basis of the selection criteria, including the political and social considerations, the Jury short-listed the candidates, then selected winners as follows:

It was decided to award the prize in Category(I), which is $500,000 plus a Trophy and a Certificate, to President Jimmy Carter for his futuristic vision and subsequent work on poverty, human health, human settlements and peace that helped improve the environment.

The other nominees were excluded for several reasons:

ü Political circumstances
ü being only at the beginning of their careers, and/or
ü having already received significant awards and honours.

President Jimmy Carter has been recognized for his futuristic vision and concern for humanity both as a president and a statesman. The Global 2000 initiative during his presidency is an indicator of his concern for the impact of globalization on stability and development in the world, especially in developing countries. President Carter recognized that political instability, poverty and disease are the major obstacles to development in third world countries. These global problems were recognized as being amongst the principal causes of global environmental degradation at the Rio Summit (1992) and subsequently by other global environmental forums, including the Global Ministerial Forum in Malmo? (2000).

President Carter’s initiatives on peace and improving conditions in human settlements, his campaigns against poverty and the eradication of the Guinea worm in Africa have gained the respect and admiration of the world community. The Jury considered these achievements as making a major contribution to environmental protection in developing countries. His achievements also upheld human dignity and right to a decent livelihood, good health and development in an atmosphere of peace. It was felt that his integrity both as president and statesman, his concern for humanity and his vision symbolize the objectives of the Zayed International Prize for the Environment

The Jury then went on to other categories as follows:

CategoryII: The Jury considered the shortlist put forward by the TAC and their recommendations together with the nominations of the individual members of the Jury. They emphasized that since the prize was being given for the first time the award should send a signal that scientific achievements, including social sciences, are recognized.

The Jury felt that emphasis should be given to achievements in water, arid lands and biodiversity (including the establishment of protected areas). The Jury recognizes that water and water- related issues in arid lands are deeply rooted in the heritage of this area. They also recognized that water scarcity and the need for management of shared water resources are of high importance in political, economic, social and environmental terms. Accordingly, the Jury decided that the Category II of the Zayed Prize should be shared by Professor Mohamed El-Kassas (Egypt) and the World Commission on Dams (South Africa).

So the Second Prize is $300,000 to be shared by the two winners plus a Trophy and a Certificate of Appreciation for each of them.

Prof. El Kassas is recognized for his life-long dedication to the study of arid lands ecology, their biodiversity and the delicate and complex relations between human beings and the ecosystem in the management of natural resources, the protection of biodiversity and the linkage of water to management. His leadership and vision were exhibited during his presidency of the IUCN, especially in the preparation of the Earth Charter.

Professor Kassas is still active in providing guidance and advice to students, national governments and regional organizations, including the Council of Arab Ministers Responsible for the Environment. He continues to promote awareness on the need to conserve arid land ecosystems to achieve the sustainable development of natural resources and biodiversity protection.

The Jury recognized the work of the World Commission on Dams (WCD) as a model for addressing such complex issues that are really cross-sectoral. Dams are not only major water management projects (over 45,000 dams have been built on the world’s rivers), but they have a considerable impact on socio-economic development and the environment. The Jury felt that the success of the WCD in addressing the environmental impact set a standard for addressing other complex environmental problems, such as the equitable management of shared water resources.

Category III: In recognition of the important role of Civil Society and Non Governmental Organisations (NGOs) in shaping the course and outcome of the environment protection efforts, the Jury felt that the winner(s) chosen in this category should demonstrate the importance of the role of NGOs and the Civil Society in advancing the global environmental agenda.

The Third Prize is $200,000 to be shared by the two winners plus a Trophy and Certificate of Appreciation for each of them.

Ms. Yolanda Kakabadze was chosen for her leading role and efforts in the preparation of the NGOs Chapter in Agenda 21 at the Rio conference of 1992. Since then she has achieved pioneering work at grassroots level as founder and president of the foundation “Furturo Latinoamericano”. She served as Minister of Environment of Ecuador and in that capacity she continued her leading role in addressing environmental concerns at the national, regional and international levels. She is now the President of IUCN, leading efforts to integrate governments, NGOs and United Nations organisations efforts, while maintaining her links at grassroots level.

Mr. Stephan Schmidheiny was selected because, at a time when the private sector and industry were largely unaware of environmental concerns, he charted a new course through the publication of his book “Changing Courses”. It was mainly through his efforts that the World Business Council for Sustainable Development was established. This body, of which he was the President, has become an important partner in the pursuit of sustainable development and the shift of major industries in the world towards greening their production and future development strategies.

The decision of the Jury in the three categories was communicated by the Chairman to the three absent jury members who also concurred with the selection of the candidates.

Meeting with the Patron of the Zayed Prize:

The Jury was received by General H.H. Sheikh Mohamed Bin Rashid Al Maktoum, the Crown Prince of Dubai - UAE Minister of Defense and Patron of the Zayed International Prize for the Environment. H.H. met them at the Zubail Palace on November 26th, 2000.

On behalf of the Jury, Dr. Klaus Topfer expressed his appreciation for the trust, support and hospitality received from His Highness and the excellent job done by the Secretariat of the Prize. He briefed His Highness on the nominations being considered for the three categories and the factors taken into consideration. The Chairman further informed the H.H. the Patron about the Jury recommendations for the improvement of the selection process in future cycles and the development of the Zayed Prize as an institution.

H.H. the Patron of the Zayed Prize expressed his gratitude to the Chairman and members of the Jury for committing their valuable time and for conducting their work to the highest standard. He also commended the scientific procedure and considerations followed. He further emphasized the importance of ensuring the continuity of the Zayed Prize on the basis of the firm foundations on which it has been established.

Accordingly, and after a short discussion, the General H.H. Sheikh Mohamed Bin Rashid Al Maktoum, Patron of the Zayed Prize, approved the selection of winners as recommended by the Jury. He instructed the Chairman of the Higher Committee to coordinate with the Jury Chairman for informing the winners and inviting them for the Award Ceremony, which will be held on April 22nd 2001