HomeExtending support to the 'One Million Trees' initiative 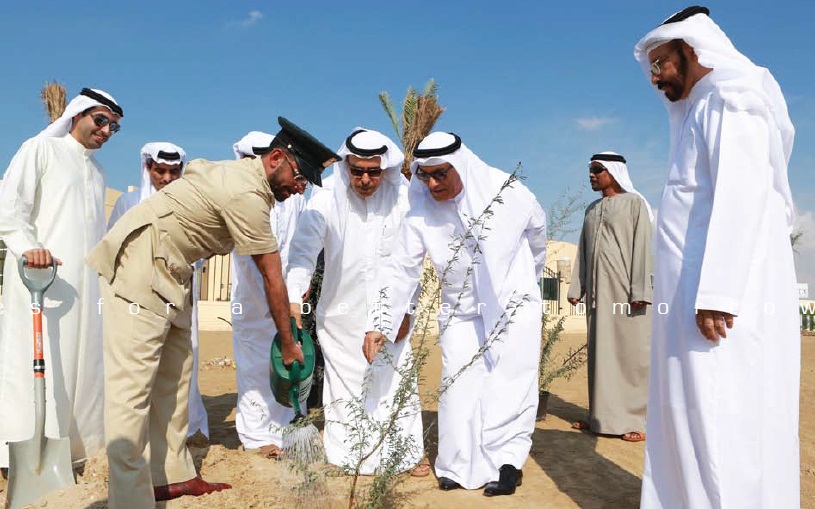 This initiative was launched in November 2010 by His Highness Sheikh Mohammed Bin Rashid Al Maktoum, Vice-President and Prime Minister of the UAE, Ruler of Dubai and Patron of the Zayed International Foundation for the Environment, as a message from Dubai to the international community in support of the UN’s global ‘Billion Tree Campaign’.

The tree saplings were provided by Dubai Police Academy and planted in collaboration with the Zayed International Foundation for the Environment, one of the foremost patron institutions in the UAE that honours important global and regional contributions towards environmental sustainability. Major General Prof. Mohamed Bin Fahad, Chairman of the Zayed International Foundation for the Environment, Director of the Dubai Police Academy and Executive Director of the ‘One Million Tree’ campaign, conveyed that their decision to choose Dubai Investments Park to be a part of the treeplantation campaign was influenced by the destination’s concern for the environment and commitment to sustainable development.

From its inception, we have conscientiously endeavoured to establish green development and a balanced environment for residents and enterprises at our sprawling mixed-use development. In line with these objectives, the regulations at Dubai Investments Park strictly stipulate a minimum requirement of 20 per cent greenery on every plot in the premises.

This contribution will further promote our green cause.”Speaking on behalf of Major General Prof. Mohamed Bin Fahad, Al Najjar said: “We have contributed the tree saplings, in collaboration with Dubai Police Academy, as part of our initiative to increase the green cover all over the UAE. Recognising the importance of Dubai Investments Park as a strategically located development that actively hosts green zones across its expanse, we plan to continually support DIP with a sustained contribution of tree saplings.” Lt. Col. Nasser Kazim said: “In addition to our objective to promote a greener country, we seek to increase the prevalence of indigenous plants, especially the Ghaf tree, which is environment friendly and uniquely suitable for this region as it requires less water for sustenance

The Ghaf tree also grows rapidly and offers shade that is ideal for both residential and commercial developments. Additionally, we will contribute olive trees to Dubai Investments Park.” Dubai Investments Park is one of the largest business and residential communities in the Middle East. Strategically located within minutes from the Jebel Ali International Airport, DIP is a self-contained city featuring state-of-the-art facilities and world-class infrastructure.