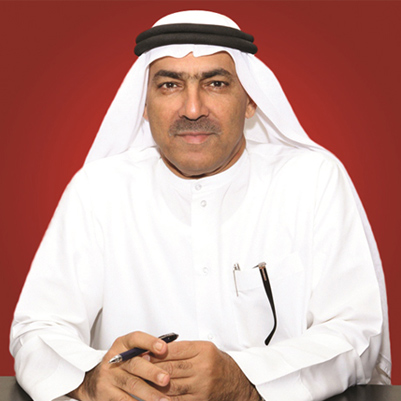 The Zayed International Prize for the Environment is actually a noble message of friendship and peace from the United Arab Emirates to all humanity reflecting the importance of environmental integrity for achieving sustainable peace and prosperity.

With unwavering support and patronage of its founder, H. H. Sheikh Mohammed Bin Rashid Al Maktoum, UAE Vice President, Prime Minister and Ruler of Dubai, the Zayed International Prize for the Environment, has been working hard for more than 10 years to promote sustainable development through various environmental initiatives. The prestigious Prize has been awarded in recognition of global leadership, scientific achievements and environmental achievements that have direct impact on Society.

In spite of the short period, the achievements have been astounding. The Prize has been awarded to personalities and organizations that have really contributed to the environmental cause at the regional and global levels during last one and a half decades, including the former American President Jimmy Carter, the BBC, the former UN Secretary General Kofi Annan, former Norwegian Prime Minister Dr. Gro Harlem Brundtland, former President Lee Myung-bak of the Republic of Korea and His Serene Highness Prince Albert II of Monaco

The awards were not limited to politicians and global leaders, but it included scientific and technological achievements in environment as in the cases of the World Commission on Dams, the Intergovernmental Panel on Climate Change (IPCC) and several outstanding scientists such as Prof. Ramanathan of the Green House Gases and Prof. Jane Lubchenco who was selected after the award by President Obama to head the USNOAA. Civil Society was also honored including Stephan Schmidheiny from the World Business Council for Sustainable Development, Yolanda Kakabadse from Furturo Latinoamericano, ENDA (Africa) and Tierramérica (Latin America).

The Award Ceremonies and International Conferences were very successful gatherings. During these gatherings, the Zayed Prize hosted 4 heads of state, 2 former heads of state, UN Secretary General and 190 Ministers from 112 countries. This is in addition to the heads of International Organizations, experts of global reputation and scientists. Moreover, the Dubai Environmental Forum hosted tens of workshops, training seminars, public lectures and school activities. All these activities and outcomes are published and distributed regularly in the Monthly Magazine ( Society & Environment ), the Quarterly Book Series and the booklets with the aim of raising environmental awareness and providing important information for the Decision Makers, Teachers and Jouranlists.

The Zayed Prize is honored to bear the name of the man who dedicated his life for environmental protection and sustainable development. Those nominated for this Prize should represent the spirit of this environmentalist, the late Sheikh Zayed Bin Sultan Al Nahyan, who fought for more than 50 years to ensure that the environment in the United Arab Emirates, the Gulf region and around the world is safeguarded for future generations.

We hope that his vision will live forever in the hearts and minds of those who live in the UAE and all those who receive the Prize, which bears his name.