This was awarded to H.E. Mohammed Ahmed Al Bowardi who is the Undersecretary of the UAE Ministry of Defense, Chairman of the Abu Dhabi Technology Development Committee and the Committee for Developing and Implementing the Water and Agriculture Strategy for Abu Dhabi, Vice Chairman of Dolphin Energy and a board member of Tawazun Holding. He is also the Managing Director of the Abu Dhabi Environment Agency and Deputy Chairman of the Mohamed Bin Zayed Species Conservation Fund and the International Fund for Houbara Conservation.

The award was for inventing a “Cogeneration Steam Technology” which greatly improves energy production efficiency and reduces green-houses gases emissions, given that Aluminum smelters are intensive energy consumers.

(B)The Small & Medium Size Industries Award
This was awarded jointly to :
1-    Emirates Float Glass LLC, for the excellent environmental performance in monitoring and reducing emissions and waste. This enterprise also developed programs for Carbon Management to become the least of its kind in CO2 emission.

Athen Primary School for Girls in Ras Al Khaima received the Schools award of the, in recognition for the school’s Environmental Policy and the supervising committee chaired by the Principal. The committee members are teachers, students and workers. They all monitor school’s environmental performance in terms of water & energy consumption and waste management. The school has numerous programs and activities that promote the concept of environment sustainability and raise environmental awareness among students, parents and the community at large, especially during national, regional and international environmental occasions.

This was awarded to the British University in Dubai which has a clear environmental policy, known to all staff and students, committing the university to sustainability standards in daily practices and to spread environmental awareness as part of its corporate social responsibility. This is in addition to green building Specifications in all its premises. The university also directs its research activity more towards environmental integrity, especially in the Master and Ph.D. programs.

(A)Invention/ Innovation Award
This was awarded to the

UAE National Center of Meteorology & Seismology (NCMS) - Cloud Seeding Program.
The NCMS is keen to improve the annual precipitation in UAE and the Cloud Seeding Program exceeded the upper standards of all similar programs worldwide.  It has been studying atmospheric chemistry in collaboration with NASA covering all major aspects including the clouds formation and the effects of pollutants.
The Cloud Seeding Program was developed step by step in terms of experiments and scientific interpretations. This improved the rate of precipitation via directives and principles that were useful not to the UAE only but to many other countries.

(B) Environmental Research Award
The Jury decided to withhold this prize as no nomination really met the required standards and conditions of this awad.

This award is given to an individual or organization which excelled in educating different sectors of society about environmental protection and sustainable living to a level that has an environmental impact or contributes to solving environmental problems and conserving natural resources and energy.

This was awarded to Sharjah Media for their outstanding effort, diverse programs and close follow up & documentation of environmental issues and events such as Red Tide, marine pollution and desert environment integrity. Their Direct broadcast program is having a great impact on officials and public by connecting them together to discuss important issues. Even the Ruler of Sharjah himself, H.H. Sheikh Sultan bin Mohamed Al Qasimi, is using this program regularly to convey his message to the public.

(B)Individuals and Organizations Award
This was awarded to Mr. Ahmed Musabbah Al Nuaimi, an outstanding Teacher in Al Tafawuq School of Al Ain. He dedicated his life to raise awareness about the necessity of protecting the environment and following a sustainable life style. He encourages his students to participate in finding new and innovative ways to save energy, water, paper and other resources.

Lieutenant General Dahi Khalfan Tamim, Deputy Chairman of Dubai Police and General Security, received the Environmental Personality award for his outstanding contributions to promoting environmental conservation and preservation over the years. Sheikh Maktoum handed the award to Lieutenant General Dahi Khalfan Tamim in the presence of Dr. Rashid Ahmed bin Fahad, Minister of Environment and Water, and other officials. 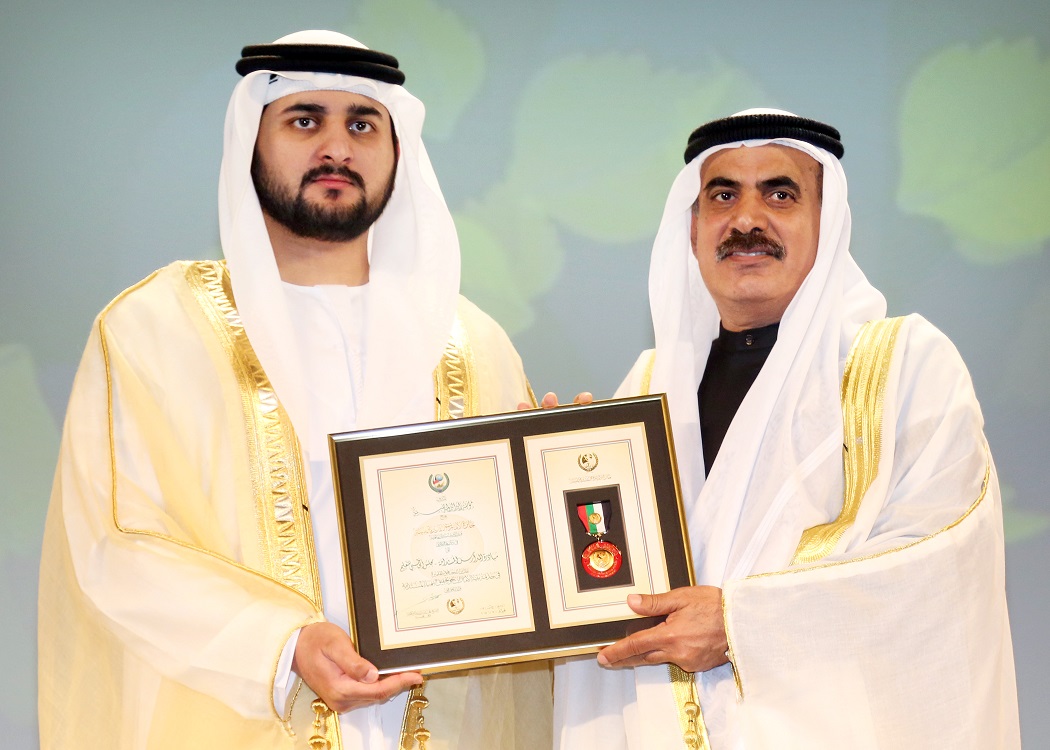 Abu Dhabi Marine Operating Company (ADMA-OPCO) was awarded the Industrial Enterprise Award for its dedication to environmental issues and commitment to environmental standards both inside and outside its facilities and operations.

The Abu Dhabi Council for Education received the award for Educational Institutions, in recognition for the council’s numerous programmes and activities that promote the concept of environment sustainability and raise environmental awareness among educational institutions and the academic body. 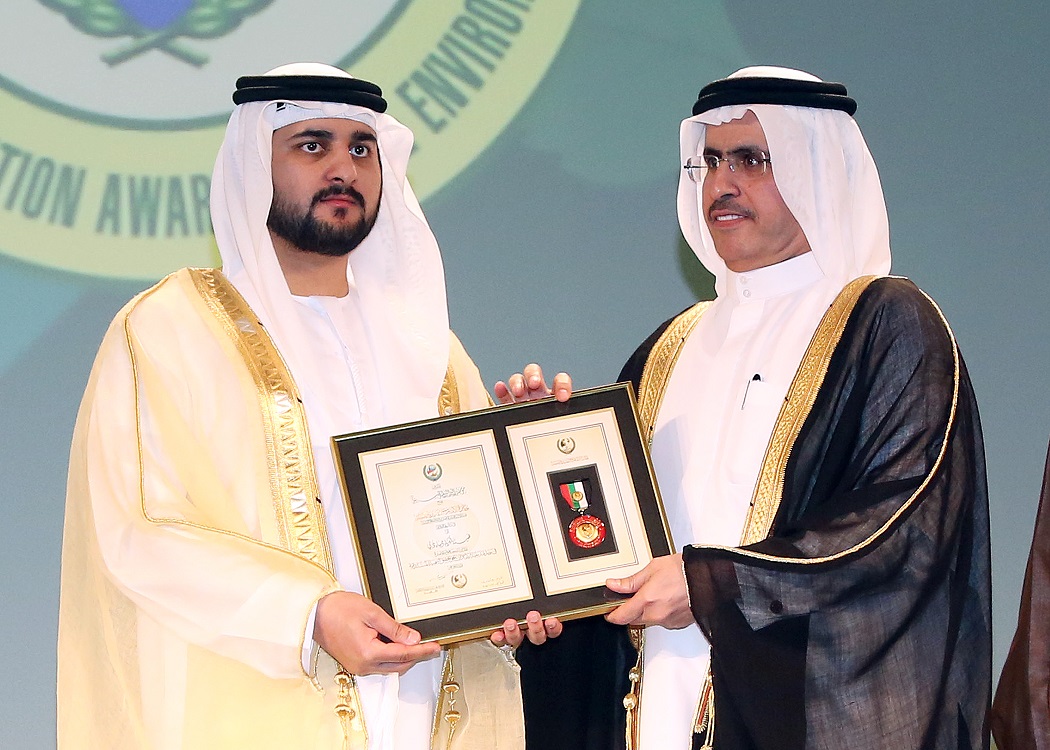 The Award for Invention, Innovation and Environmental Research was won by Dubai Electricity and Water Authority (DEWA) 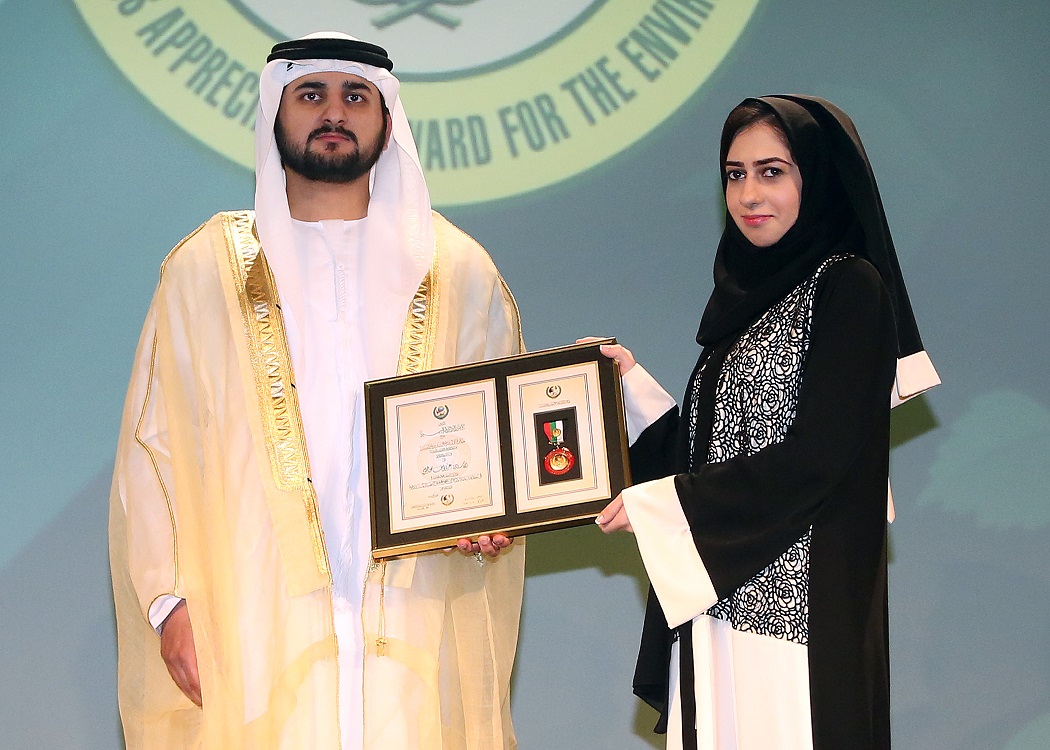 The Media and Environmental Awareness Award was awarded jointly to the Authority for Environment and Natural Reserves in Sharjah and Ms. Azza Yousef Mohamed Al Awadi from Ras Al Khaimah Educational Zone.