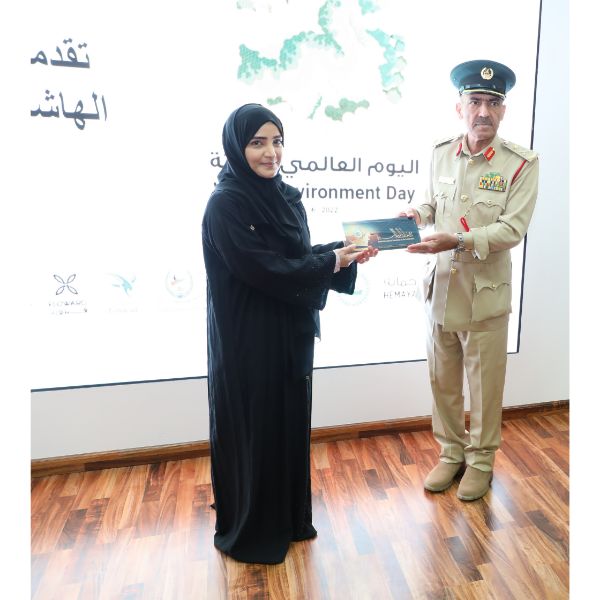 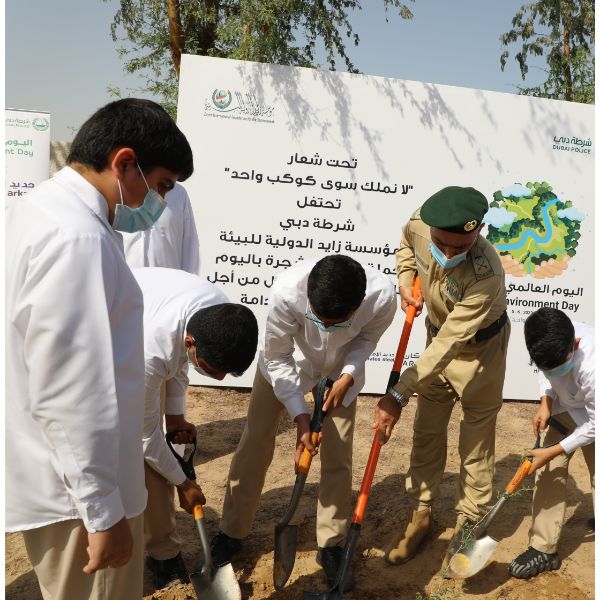 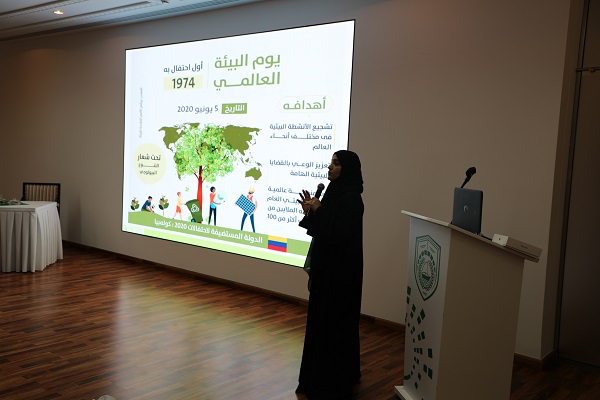 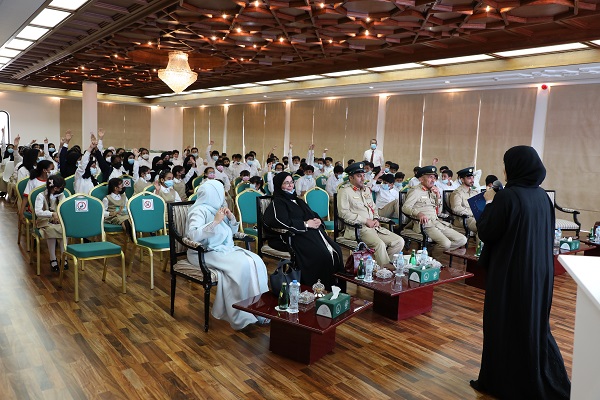 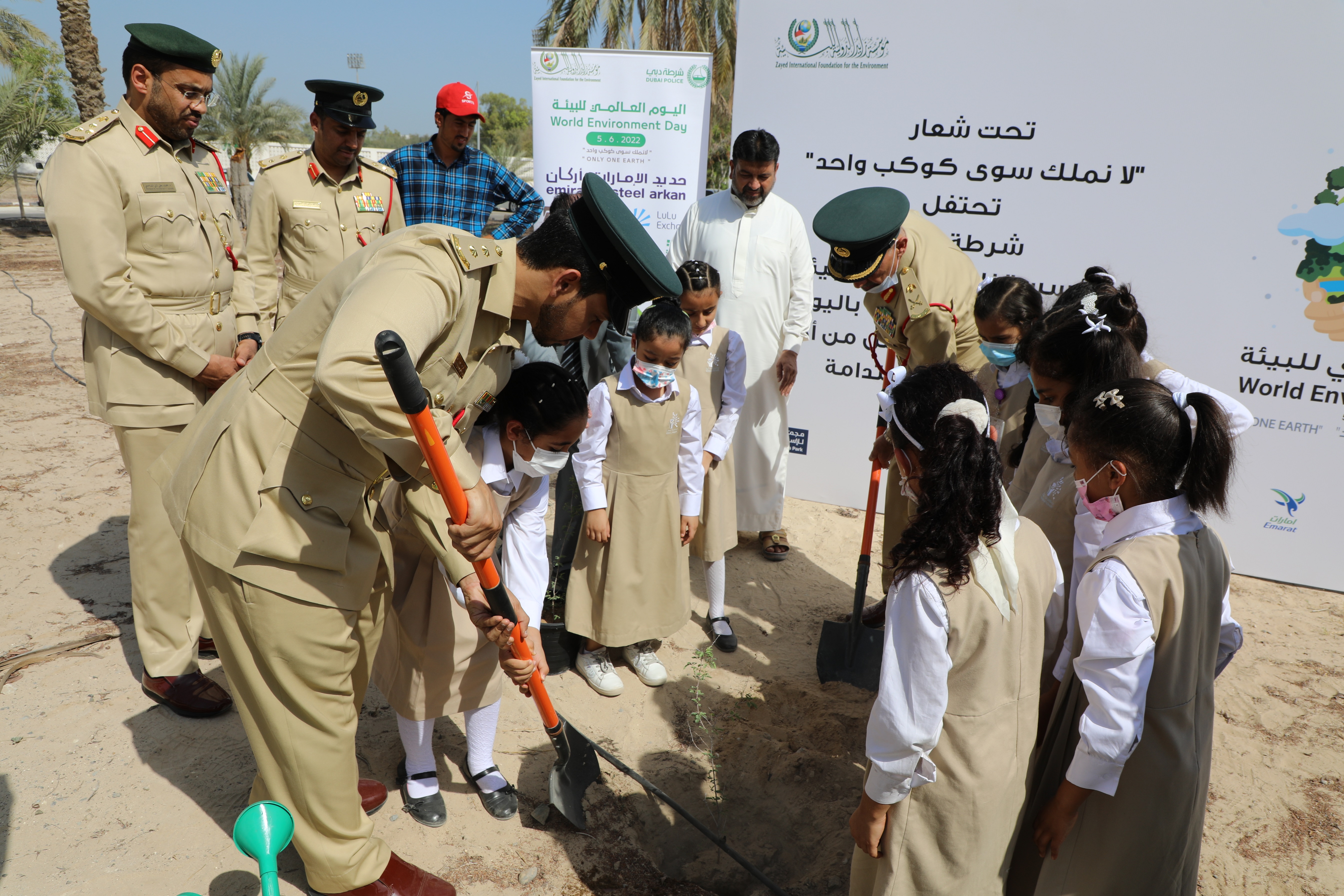 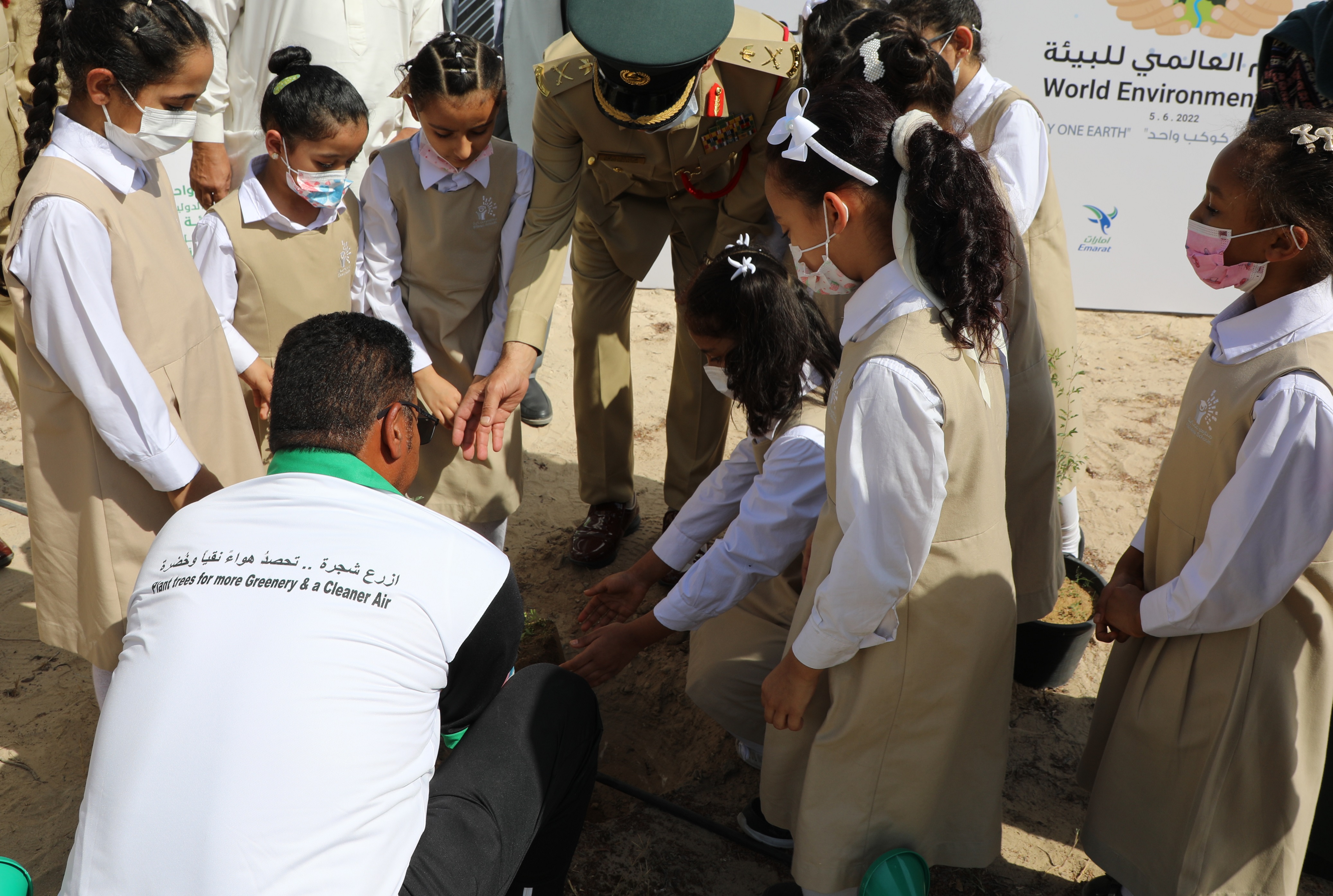 The Zayed International Foundation for the Environment observed World Environment Day on June 5, 2022 with a series of activities involving children, communities, and civil society to raise awareness and drive conversations on conserving and restoring the environment and highlight the resounding message that there is #OnlyOneEarth.

During the diverse activities held across Dubai, H.E. Major General Prof. Mohammed Ahmed bin Fahd, Assistant Commander of Dubai Police for Academic and Training Affairs, and Chairman of the Higher Committee of the Zayed International Foundation for the Environment, urged communities to take meaningful action to make a real difference to the environment.

A group of students from Hemaya Schools forGirls, an initiative of Dubai Police, also attended the event.

H.E. Major General bin Fahd affirmed the importance of planting trees, stating that “it reflects the values and principles and legacy of the late Sheikh Zayed bin Sultan Al Nahyan, may Allah rest his soul in peace.”

He added: “This occasion takes forward the commitment of the Dubai Police and the Zayed International Foundation for the Environment to consolidate pioneering environmental concepts that support the country’s efforts in achieving sustainable development and contributes to repairing damaged ecosystems, reforestation efforts, and mitigating climate change.”

For his part, Brigadier Mohammed bin Butti Al Shamsi affirmed that “celebrating World Environment Day is an opportunity to drive awareness of enhancing the efficient use of natural resources, the preservation and protection of the environment, and the achievement of sustainable development.”

A webinar led by Dr. Eisa Abdellatif, Chief Technical Advisor of the Zayed International Foundation for the Environment focused on the importance of conserving the planet Earth, and highlighted how the actions taken by individuals and society can make this unique and beautiful planet a comfortable home for humanity.

Under the patronage of the Zayed International Foundation for the Environment and in collaboration with the Dubai Police Academy, a series of activities were organised at Hemaya Schools as part of a Childhood and Sustainable Environment Initiative to mark WED 2022.

In the presence of H.E. Major General Prof. Mohammed Ahmed bin Fahd and Lieutenant Colonel Abdullah Salem Al-Suwaidi, Director of the Hemaya Schools Office for Education, and several Dubai Police Academy officers, children were drawn into discussions on conservation, sustainability and biodiversity, and enlightened on the urgent need for a clean and healthy planet to ensure a better tomorrow for generations to come.

The sessions concluded with a short environmental story narrated by Dr. Badia Al Hashemi, an assistant professor at the University of Sharjah.