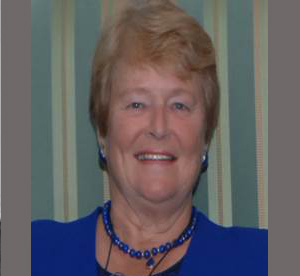 Dr. Brundtland is a Norwegian politician, diplomat and physician and an international leader in sustainable development and public health. She is a former Prime Minister of Norway and has served as the Director General of the World Health Organization. She now serves as a Special Envoy on Climate Change for the United Nations Secretary-General Ban Ki Moon. Dr. Brundtland was educated as a Medical Doctor at the University of Oslo in 1963, and Master of Public Health at Harvard University in 1965. From 1966 to 1969, she worked as a physician at the Directorate of Health, and from 1969 she worked as a doctor in Oslo’s public school health service. She was Norwegian Minister for Environmental Affairs from 1974 to 1979, and became Norway’s first and to date only- female Prime Minister. She became Norwegian Prime Minister for two subsequent terms. She was Chair of the World Commission on Environment and Development (WCED), widely referred to as the Brundtland Commission, developing the broad political concept of sustainable development in the course of extensive public hearings that were distinguished by their inclusiveness and published its report Our Common Future in April 1987. The Brundtland Commission provided the momentum for the 1992 Earth Summit/UNCED and for the Agenda 21. Dr. Brundtland was elected Director-General of the World Health Organization (WHO) in May 1998. In this capacity, She adopted a far-reaching approach to public health, establishing a Commission on Macroeconomics and Health, and addressing violence as a major public health issue. She spearheaded the movement, now worldwide, to achieve the abolition of cigarette smoking by education and persuasion. Under her leadership, WHO was one of the first major employers to require freedom from tobacco addiction as a condition for employment. Dr. Brundtland was recognized in 2003 by Scientific American as their Policy Leader of the Year for coordination a rapid worldwide response to stem outbreaks of SARS. In 1994, Dr. Brundtland was awarded the Charlemagne Prize of the City of Aachen. In 2004 the British newspaper, The Financial Times, listed her as the 4th most influential European over the last 25 years, behind Pope John Paul II, Mikhail Gorbachev and Margaret Thatcher. In May 2007, the UN Secretary General, Ban Ki Moon named Dr. Brundtland, as well as Ricardo Lagos (the former president of Chile), and Han Seung-soo (the former Minister of South Korea), to serve as UN Special Envoys for Climate Change.