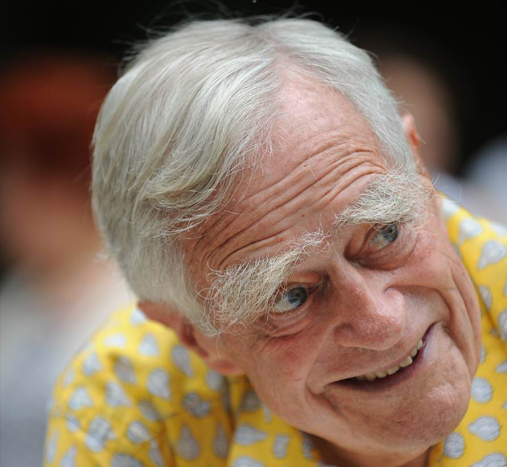 Dr. Luc Hoffmann An ornithologist and renowned philanthropist, was honoured for his work in the conservation of the world’s wetlands.

He conducted some of the earliest studies of waterbird populations and wetland ecology.Among other things, Dr. Hoffmann served as Director of Wetlands International and Vice-President of IUCN and established the Fondation Internationale du Banc d’Arguin in West Africa.He was a key figure in the original fight to save Spain’s Coto Doñana wetland reserve and a driving force behind the Ramsar Convention on Wetlands, the world’s only international environmental treaty for a single biome.

Dr. Hoffmann was also instrumental in establishing the World Wildlife Fund (WWF), which in the 1960s helped to successfully reintroduce the white rhino to several countries in East Africa.

He also helped to set up key environmental foundations, including the Tour du Valat and MAVA, which funds nature conservation projects worldwide. These have played a critical role in global environmental and sustainable development.In addition, Dr. Hoffmann has authored more than 60 books and other publications on birds and their habitats.